The project began with an opportunity for 15 children to visit the Museum on two separate occasions and explore objects from its collection in depth. These included the Museum’s unique spherical astrolabe, the revolutionary clock, medical equipment, sundials, orreries and telescopes. The children interviewed a member of Museum staff whose work includes planning and designing exhibitions and publicity.

Later, the children took photographs of their favourite objects and made detailed observational drawings. The following week, a member of Museum staff visited the group with scientific objects for handling and drawing. Group leaders Jo Acty and Helen Edwards worked with the children in the intervening weeks as they researched their objects. Each learned about the work of a different artist and began to design their own artwork as a creative response. During their weekly sessions, the children began to construct a 3D object using a variety of media including chicken wire, modelling clay, wood, metal wire, and papier mâché.

The children developed a fascinating range of responses, each one thoughtfully planned, designed and constructed. It was wonderful to hear each child describe their object and the thinking behind their design at the end of the project. Everyone had assimilated ideas from the Museum, the history of their object and taken inspiration from their chosen artist to create a unique and intriguing object.

The children shared their work and spoke about their object at a school sharing assembly. One parent commented on the level of sophistication in the language they used to describe their work being ‘way beyond their years’. Everyone involved took part in a special celebration event at the Museum at which the Museum’s director and project organisers spoke about the process to parents, friends and carers. Everyone enjoyed seeing the children’s work together in a stunning display of creativity and invention.

Everyone involved produced wonderfully creative and imaginative responses to the collection, and they have each gained very well-deserved Discover Arts Award. Museum staff and art club leaders all also learned a great deal from the process of exploring scientific objects through art. 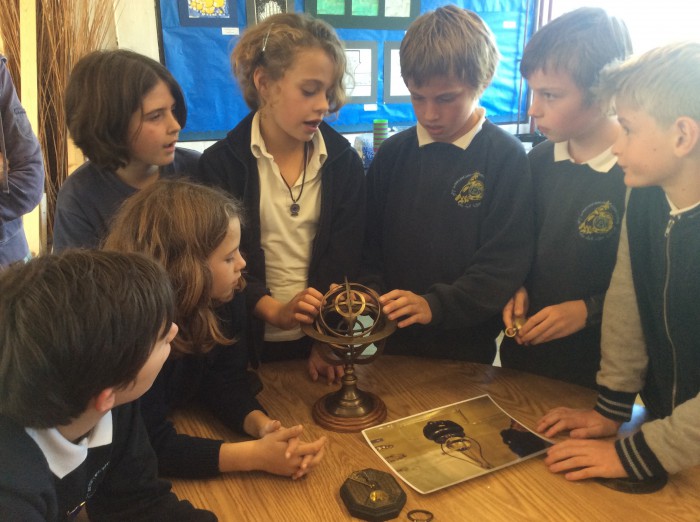 Objects created by the children included: 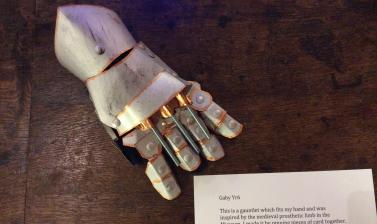 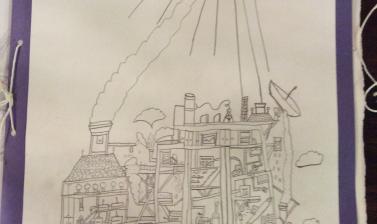 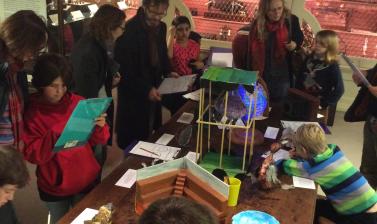 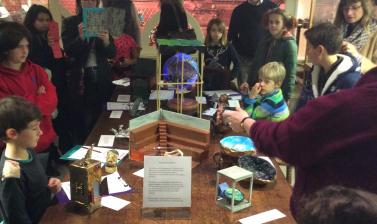 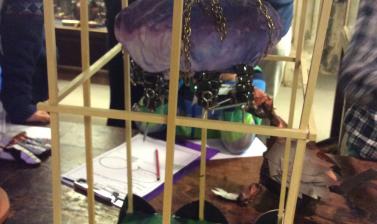 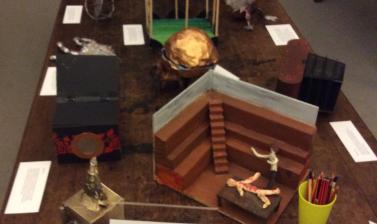 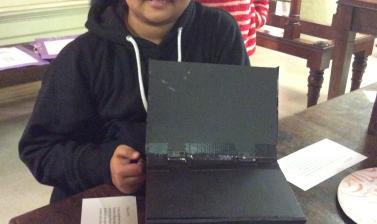 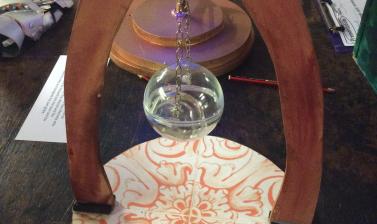 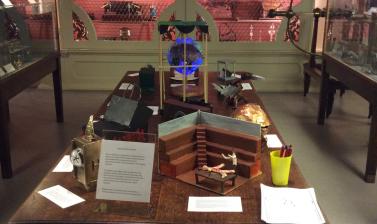 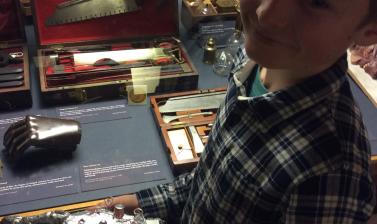 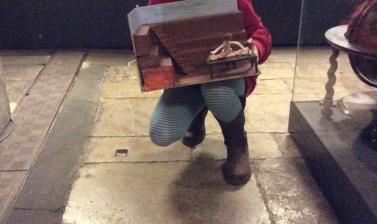 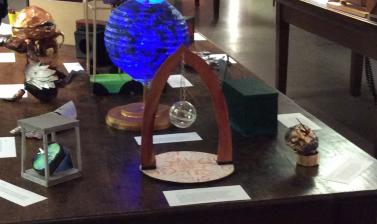 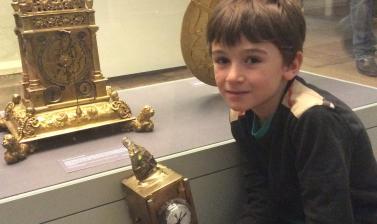 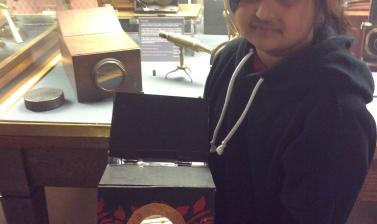 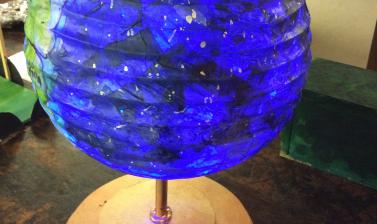 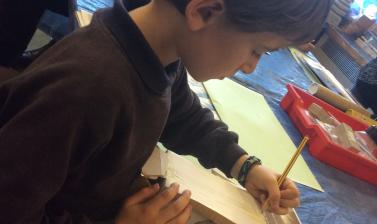 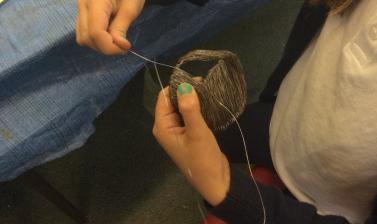 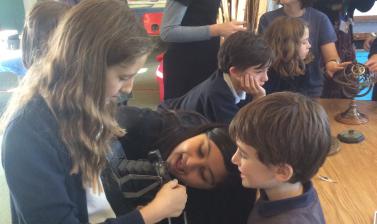 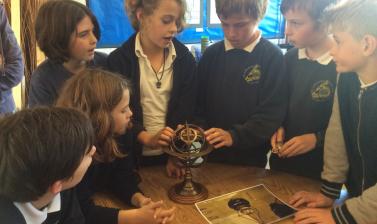 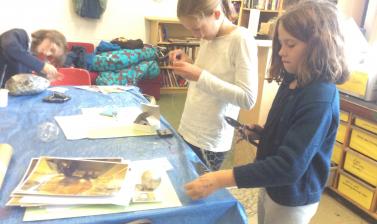 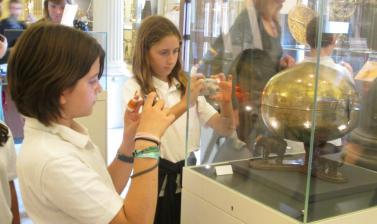 What parents said about the project

This has been a fantastic project, the combination of using scientific artefacts as a starting point the approaching the Museum in a creative way was really nice. The children really got to know their objects by re-creating them. They have ownership of them and a relationship with them. They have all responded in completely different ways. Making it yourself in 3D was great – in school you don’t get to do so much 3D work. Being able to do it as a long term project with input from adults was really good.

It’s been absolutely wonderful. It feels like something they’ve absolutely got involved with ad understood what they are doing. When they spoke in assembly, they were so clear and so confident, they knew just what they wanted to say about their object. The vocabulary they used was well above their ages. The standard is incredible.

As a project it has been quite challenging, very in depth – in particular the research and the real learning process with it. My son said it’s one of the best projects he has done this school year. Also, he wasn't just looking at history and art, but at an object with a purpose (prosthetic hand) with aesthetic and mechanical elements. I also like the vocabulary the children have used to talk about their work, the literacy and language development aspect is so important. It was so good to see the focus of each child on their work each week when I came to collect them – a nice intensity.

What the art club leaders said

We have generally avoided science, but because of this experience we will now thoroughly embrace it. We now feel much more confident in teaching art and science together.

Art needs an audience to be a complete piece and it’s the sharing of it that is so important. The emphasis of the visual arts is usually quite a solitary activity, so this is a wonderful opportunity to have feedback on that, often they just make something and take it home.

Today was an inspiration and left us wanting more, so thank you. Thank you to the Museum for thinking of us – we were truly honoured to do this with them.