History of the Museum

History of the Museum 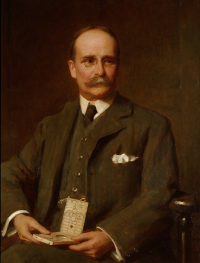 In 1683 the building which is now the History of Science Museum opened as the home of a completely new institution, the Ashmolean Museum.

Created to house the collection of Elias Ashmole, it was much more than just a display of objects. It became the centre of Oxford science in the late 1600s, with teaching in the entrance gallery and a chemical laboratory and anatomical theatre in the basement.

In 1924 the History of Science Museum was founded in the same building. Like Noah’s Ark, it was intended as a place of safety, preserving objects from the threat of destruction. Robert Gunther and Lewis Evans together were the driving force behind the new Museum. Evans donated his collection of historic scientific instruments to the university in 1924. Gunther campaigned for them to be displayed in the building then known as the Old Ashmolean.

Lewis Evans’s collection provided the nucleus around which the Museum grew. Subsequent acquisitions have come especially from Oxford colleges and departments as well as major donors such as J A Billmeir (1957), C F C Beeson (1966), the Royal Microscopical Society (1968) and the Marconi Corporation (2004). The Museum now holds an unrivalled collection of early astronomical and mathematical instruments from Europe and the Islamic world and an exceptionally rich set of microscopes. Complementing the wide range of objects are manuscripts and early printed works, early photographs, portraits of scientists and scientific prints.

Want to find out more about the Museum, including our governance structures and annual reviews?