A 5ft pastel depiction of the moon by John Russell.

A close up of John Russel's Selenographia. The small ball depicts the earth. 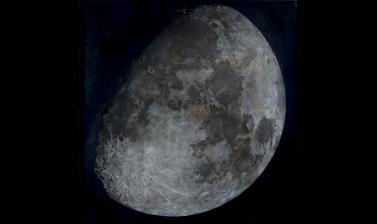 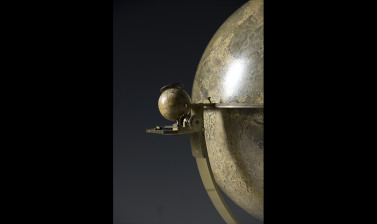 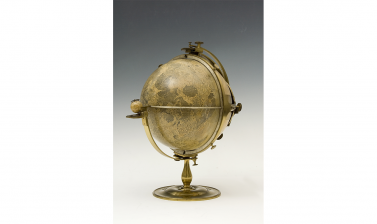 This enormous depiction of the moon, over 5ft in diameter, was completed in 1795 by the celebrated portrait artist John Russell (1745–1806). Russell was particularly noted for his skill in pastel and made his own crayons, achieving a variety of nuanced colours by blending just 14 pigments. While portraits dominated his public work, Russell’s private efforts were dedicated to systematic astronomical sketches of the moon over a 30-year period, with his interest most intense in the mid-1790s, when he obtained a Dollond achromatic refractor, the latest in telescope technology.

For Russell, celestial observation was an act of devotion. He noted in his diary, ‘tonight being in the Street I had a sight of the Stars that God was pleas’d to preach to me from, and I had my Soul filled with the Hopes of … Immortality’. But this was not just religious and artistic worship. Like other contemporary astronomers, Russell was systematic in his methods, observing and charting the moon during his midnight vigils. Russell completed 187 moon drawings, and this obsessive and devoted study resulted in both this large pastel and the moon globe, which Russell named the ‘Selenographia’.

Unlike the lunar pastels and sketches, which were private, the globes were made for the commercial market and could be purchased by subscription. Russell designed a stand for the globe, which demonstrated the libration, or motions, of the moon. The surface of the globe was printed from engraved copper plates and the sheets of paper cut into so-called gores that were then attached to the papier-mâché globe. Only a few examples of John Russell’s Selenographia are known to have been sold and even fewer survive. 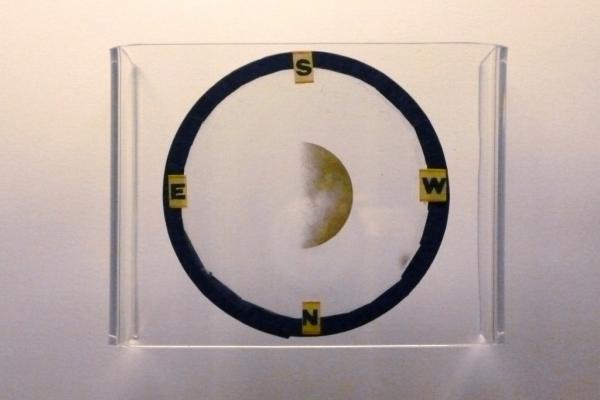 On the blog: Moonstruck

Discover the inspirational power of the Moon for scientists, astrologers, navigators, artists, and many others in these blog posts. 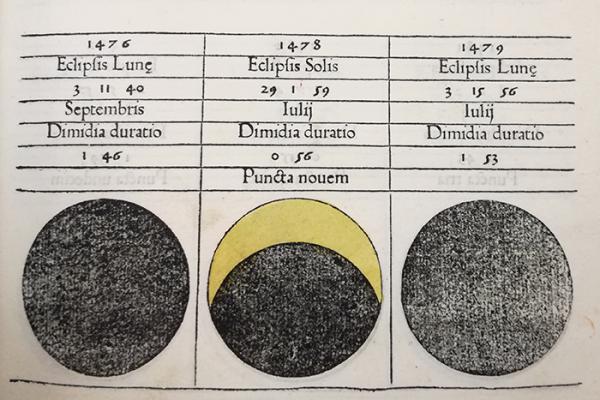 On the blog: The man in the moon

We tend to think of the ‘Man in the Moon’ as a face occupying the Moon’s disc, but in earlier folklore he was imagined as a full-length figure. 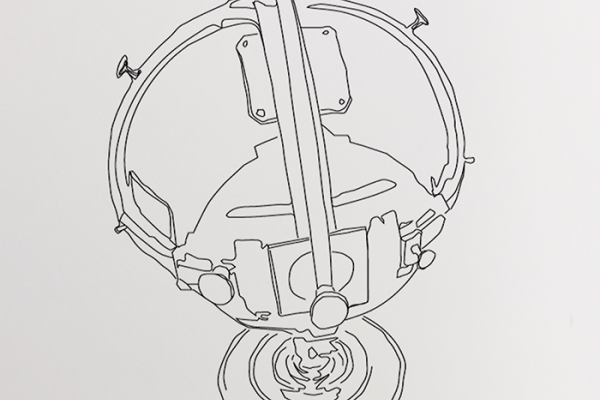 Unlock the secrets of some of the fascinating scientific instruments on display in the Museum, including the Selenographia, with our Pocket Curator app.